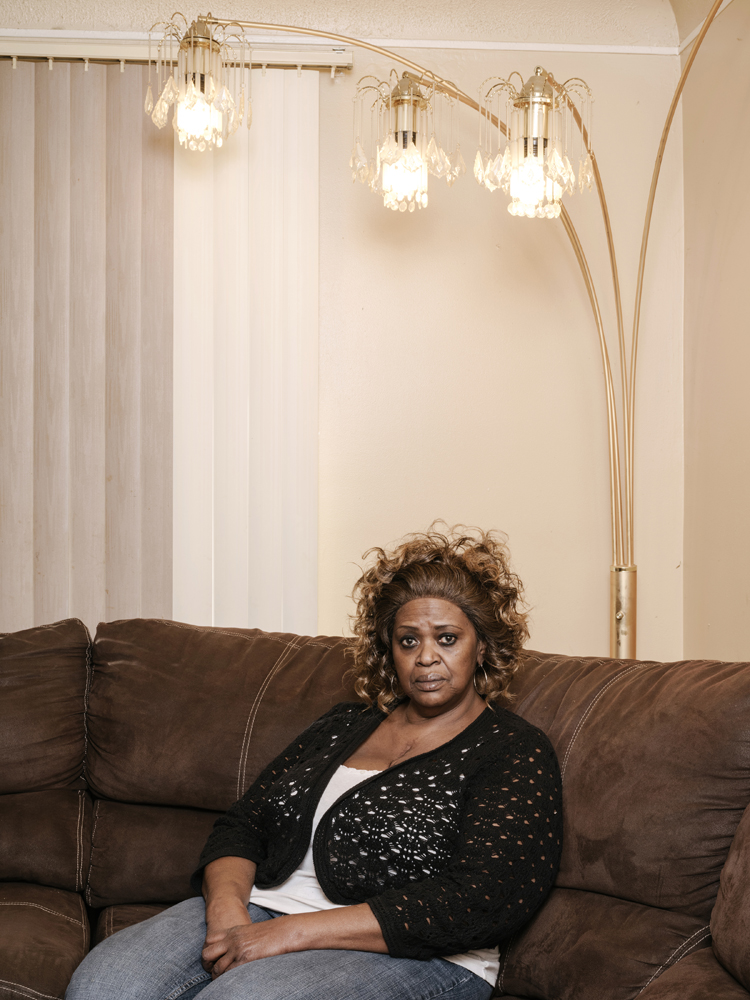 
I’ve been living in Flint, Michigan for 65 years. The water sent me to the hospital cause my stomach was hurting me so bad. And uh they said it had to be something about the water because I never did stop drinking the water. I kept making Kool Aid cause I’m a Kool Aid lover. Until they finally came out and put a sign on the street to stop drinking the water. That’s when I stopped but by that time I had consumed a lot of it you know. It’s just not right the way they don’t wanna really do nothing about it. I paid the price cause it really got to me. I’m just now getting better you know. Every once in a while I’ll still have a bout with my stomach messing up and stuff.

In ’09 I got sent to the hospital for a test, and they said I was a walking time bomb. I stayed up there from August the 23rd til two days before Thanksgiving. They had to put a life support on me, inside me to pump my heart where I could be alive and I had to plug up at night to a machine to stay alive. And I had to run off of batteries during the day. That happened in 09 and then in 2011 a heart came in that matches me and my heart is now 4 years old, going on five and I’ve been doing pretty good. Except when that water, the water held me back. You know you get over one hump and then is always something to throw you back you know. But I’m just thankful to God. He got my back. He had my back back then. I’m a strong black woman, you can’t knock me down cause I’m gonna keep right on moving. – Janet Webb, at home in Flint, Michigan, January